Yesterday - in the gale-force winds and rain, David and I went to get our fingerprints at the Metro Jail downtown.  It was a little strange...just glad we were getting fingerprinted for this reason instead of another! 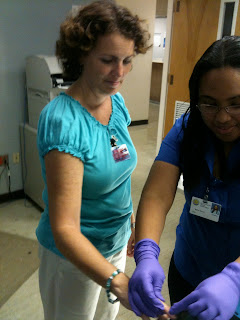 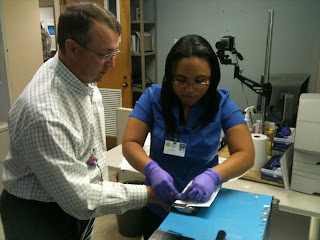 I went to the post office today to mail our two sets (one for AGCI and one for our Home Agency).  I had to get a money order for both, as well as a tracking number.  So, at the end of it all, I had four small receipts and a piece of 81/2 x 11 paper.  As I turned to leave I thought to myself, "I really need a paperclip to hold all these items together so I don't loose anything.  Post Offices don't have containers of paperclips lying around, but it would be cool if God dropped one on the counter for me."  No sooner had I thought that when - passing the main counter - I did not see one.  However, I rounded the corner and tucked behind a display was sitting a paperclip!  How cool is that?!?!?  Now, some might call that coincidence, but I call that a God moment!  I laughed out loud and praised God for His reassurance!  I have asked for prayer about God being in the details.  I have no doubt that at that moment someone was praying exactly that for us and God provided in a mighty way.  Who thought a paperclip could bring so much joy?  He is in even the littlest of things!  AMEN! 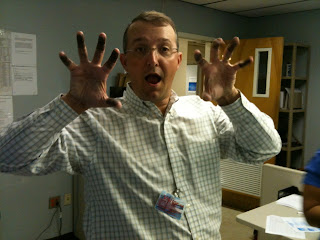 Ashley
God has poured out blessings upon my life. I have been married to a wonderful man, David, for 20 years! We have two wonderful children, Evanne and Watson. Our journey to J has begun!